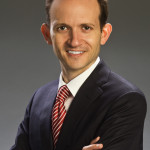 “Richard DeNapoli’s experience in retirement security, financial planning, and Florida law make him well suited to protect Florida’s seniors and their issues in Tallahassee.  He’d make a great partner to work with in Tallahassee when it comes to protecting Sarasota County and its citizens,” Representative Pilon stated.

“Richard DeNapoli is a true conservative who Sarasota residents can count on to keep Florida on the road to economic prosperity.  He’s and intelligent, common-sense conservative who won’t back down from his principles,” Representative Moraitis added.

DeNapoli said, “To start this campaign with the support of Representatives Ray Pilon and George Moraitis is truly an honor.  Both are thoughtful leaders who do what’s right for their constituents and I look forward to their help and thank them for the early show of confidence in this campaign.”

A native of Florida, Richard DeNapoli is passionate about law, estate planning, financial planning, real estate and the relationships he has formed through helping others in these areas.

Richard DeNapoli is a graduate of the University of Miami School of Law (2008, LL.M., Estate Planning), Fordham Law School (2002, J.D.) and New York University (1999, B.A., Politics; B.A. Italian). He is licensed to practice law in Florida and in the United States District Court for the Southern District of Florida. In 2007, Richard DeNapoli was appointed as a Commissioner to the Florida Real Estate Commission (“FREC”), and subsequently reappointed when that term was up. Both of his appointments to the FREC were confirmed by the Florida Senate.