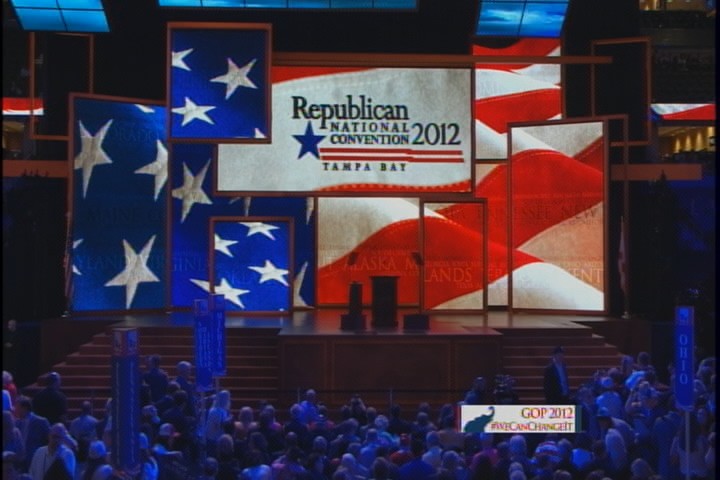 “It clearly is going to be a benefit for the entire metro area and it’s going to give us an international boost … an economic boost for decades to come,” Florida at large delegate John Giotis, of Clearwater Beach, said from the RNC convention floor. “It’s clearly an honor for Tampa and the surrounding communities” to host the RNC.

Florida Broward County delegate Richard DeNapoli, sitting next to Giotis, added that the convention has been a “very exciting, once in a lifetime opportunity.”

Tampa resident David Watson cited the influx of people into the Bay area as an inherent positive and an economic boom. “Also the nice [media] coverage,” he added. “Hopefully it will be good to attract those who want to come and vacation here.”

For Florida Congressional District 11 Chairman and Florida delegate A.J. Matthews, holding the event in the Tampa Bay area was a moment of pride that will have far-reaching effects.

Matthews said he hasn’t been able to take part in much of the outside social activities that come with the RNC as he has volunteered to help in the mornings and served as a delegate in the evenings.

“As a political leader, it’s important to me to represent, to give back and really become part of the movement that has made this convention happen.” The Tampa resident said that it gave him a very significant sense of pride that it has been held in “my backyard.”

The three delegates didn’t speak to the delayed busing issues reported by Bay News 9’s partner newspaper the Tampa Bay Times, but an Indiana delegate who asked to not be identified said he was somewhat unhappy with how the RNC’s delegate busing has progressed.

As featured in the Tampa Bay Times

Supported in the primary: Uncommitted

Quote: “I am looking forward to Mitt Romney, Paul Ryan, Marco Rubio, Connie Mack and all of our local Florida leaders. It’s inspiring to see all the other Republican activists from across the country. To see all of our national figures is very exciting, and to have it all in Florida, our home state, is even better.”

Occupation: Trust officer at a bank

Why this delegate is noteworthy: DeNapoli comes from a  county where there are twice as many registered Democrats as Republicans. Paul Ryan’s mother lives in Broward (Lauderdale-by-the Sea). DeNapoli would like to meet her and do some sort of event with her in Broward.