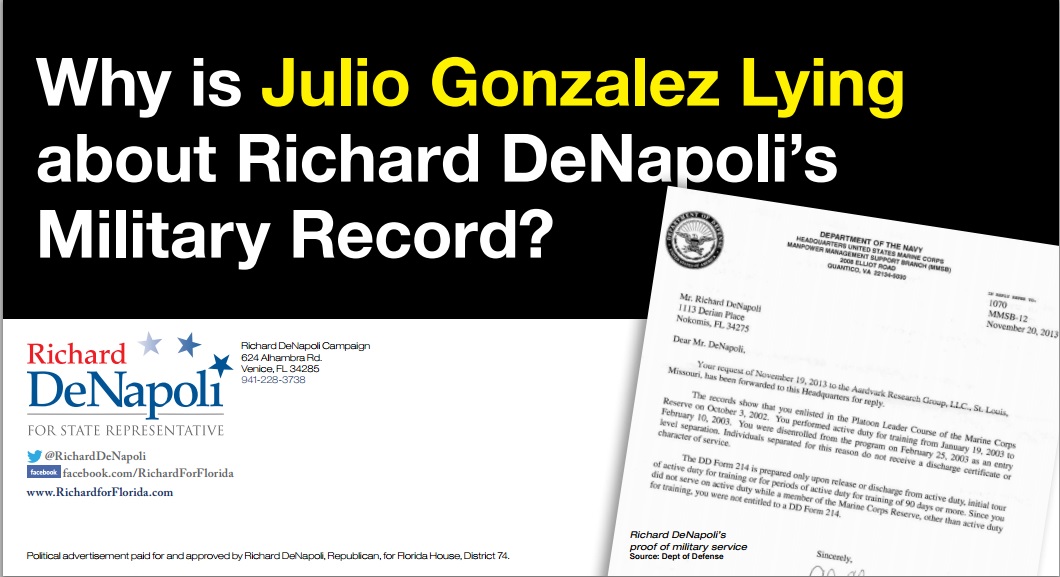 My opponent in the Republican primary for House District 74 has leveled a series of false attacks against me during the campaign.  Today, he reached a new low.

In a press release entitled “STOLEN HONOR: DENAPOLI MAKES FALSE CLAIM THAT HE SERVED IN THE UNITED STATES MARINE CORPS ,” he relies upon dubious third-party sources with false information to claim that I lied about being in the Unites States Marine Corps Officer Candidate School.

We provided my military records to the local newspaper to prove these accusations to be false, and the Sarasota Herald Tribune ran a story wherein they wrote as follows:

But his opponent, Richard DeNapoli, says the charge is false, underscoring how desperate and “beyond the pale” Gonzalez has become in their House District 74 race.

At issue is DeNapoli’s 2002 attempt to join the U.S. Marines after he graduated from law school. DeNapoli said that instead of entering private practice he tried to become a lawyer with the Marine Corps.

But DeNapoli said in an interview that his body gave out after just four months. He was hospitalized with hypothermia, ending his hopes of military service. He was disenrolled from the program on Feb. 25, 2003, records show.

Gonzalez’s press release says DeNapoli’s training was “a mere 3 day camp” that DeNapoli has inflated — though Department of Defense records confirm DeNapoli was in “active duty for training” from Jan. 19 to Feb. 10 with the Marines.”

Though my opponent’s accusations were proven by government records to be false, he has continued his false attacks and has not apologized for his smears against my character. 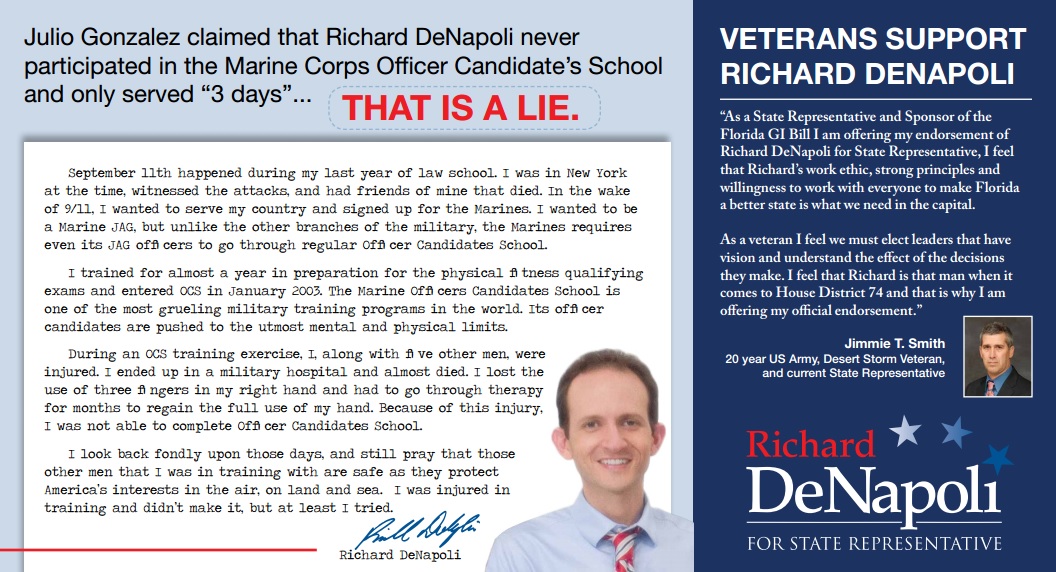