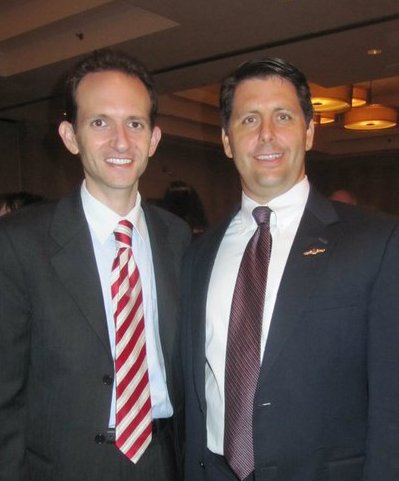 I’m writing to thank Richard DeNapoli for his outstanding service to our party as Chairman of the Broward Republican Executive Committee these past two years. We have all benefited from his leadership, dedication and organization in helping Republicans in our county get elected at all levels of government. We will miss Richard’s steady presence and enthusiasm, however I congratulate him on his professional opportunity and desire to spend time with his growing family.
This was undoubtedly a difficult election for conservatives. Significant challenges lie ahead for our party to reach a changing electorate without compromising the founding principles of individual responsibility and limited government which helped make this nation a beacon of hope for the world.
That said, Richard has done a great job during his term energizing our volunteers and making the case for getting conservatives elected. The next Chairman must be prepared to lead by example as Richard has in organizing our party to move forward.  Let’s all thank Richard for his dedicated service and friendship as Chairman of our party.
Fair Winds and Following Seas to Richard and his family.
Sincerely,
George Moraitis
State Representative, District 93