Richard had the pleasure of purchasing two of Senator Marco Rubio’s Books – An American Son – at Marco’s book signing at a Barnes and Noble in Fort Lauderdale today, June 30, 2012. 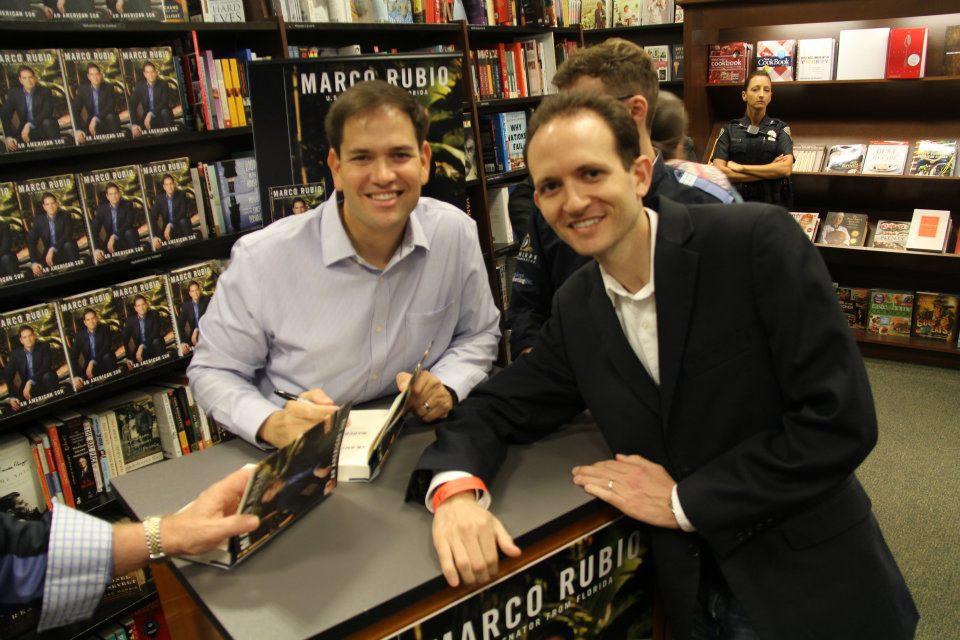 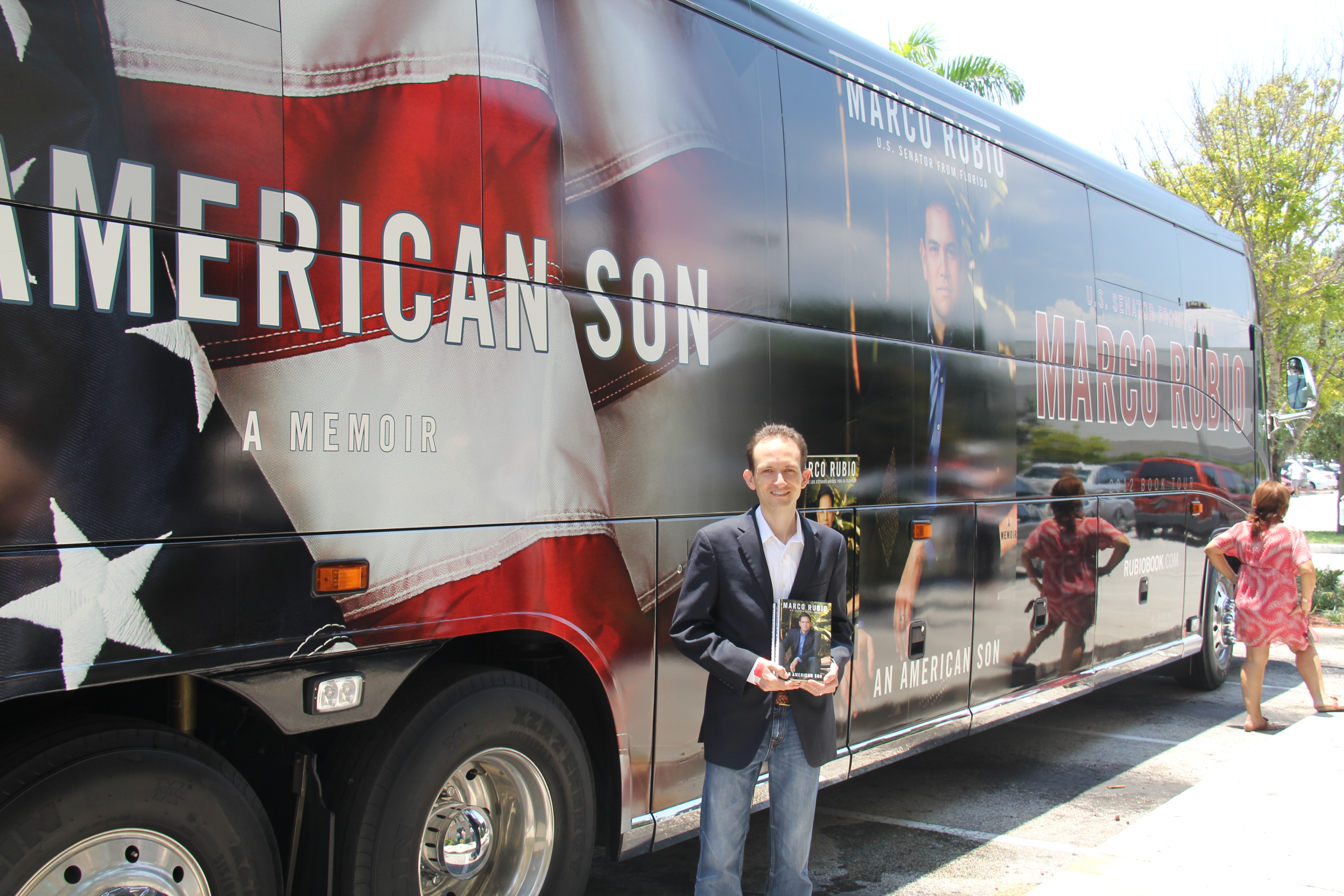 Book description of An American Son from Amazon.com – you can get your own copy from Amazon by clicking: www.amazon.com

Few politicians have risen to national prominence as quickly as Marco Rubio. At age forty-one he’s the subject of widespread interest and speculation. But he has never before told the full story of his unlikely journey, with all the twists and turns that made him an American son.

That journey began when his parents first left Cuba in 1956. After Fidel Castro solidified his Communist grip on power, Mario and Oria Rubio could never again return to their homeland. But they embraced their new country and taught their children to appreciate its unique opportunities. Every sacrifice they made over the years, as they worked hard at blue-collar jobs in Miami and Las Vegas, was for their children.

As a boy, Rubio spent countless hours with his grandfather, discussing history and current events. “Papa” loved being Cuban, but he also loved America for being a beacon of liberty to oppressed people around the world. As Rubio puts it, “My grandfather didn’t know America was exceptional because he read about it in a book. He lived it and saw it with his own eyes.”

Devastated after his grandfather’s death, Rubio was getting poor grades and struggled to fit in at his high school, where some classmates mocked him as “too American.” But then he buckled down for college and law school, driven by his twin passions for football and politics. He played football at a small college in Mis­souri, then came back to Florida to attend Santa Fe Community College and the University of Florida. He went on to earn his law degree from the University of Miami and took a job at a law firm, which paid him a handsome salary that allowed his father to retire.

As a young attorney he ran for the West Miami City Commission, a role that led to the Florida House of Representatives. In just six years he rose to Speaker of the House and became a leading advocate for free enter­prise, better schools, limited government, and a fairer, simpler tax system. He found that he could connect with people across party lines while still upholding conserva­tive values.

His U.S. Senate campaign started as an extreme long shot against Florida’s popular incumbent governor, Charlie Crist. Undaunted by the early poll numbers and the time away from his wife and kids, Rubio traveled the state with his message of empowerment and optimism. He upset Crist in both the primary and a dramatic three-way general election, after Crist quit the GOP to run as an independent.

Now Rubio speaks on the national stage about the challenges we face and the better future that’s possible if we return to our founding principles. As he puts it, “Conservatism is not about leaving people behind. Con­servatism is about allowing people to catch up.”

In that vision, as in his family’s story, Rubio proves that the American Dream is still alive for those who pur­sue it.